Life with a spinal cord injury can feel anything but lucky. Most accidents that damage the spinal cord leave the patient paralyzed or worse. And doctors still have not uncovered a cure for paralysis. Modern technology, however, is starting to create hope.

Robotic devices are slowly giving some people with spinal cord injuries a second chance at mobility. Though the devices aren't yet widely available, and the development of such devices is still in its infancy, scientists are making progress at a rapid clip. From robotic prosthetic devices to physical therapy with the assistance of a robot, spinal cord injury survivors have more options now than ever before.

It sounds like the stuff of science fiction: a robotic arm you control with your brain, that produces real sensations of movement, cold, heat, pain, and pleasure. But that's the goal, and it's something Johns Hopkins researchers say they've already achieved. Researchers were able to craft a robotic prosthetic limb with 26 joints, more than 100 sensors, and the ability to lift up to 45 pounds. And because the prosthesis connects to the brain, moving in response to its signals, it's likely that users will eventually even be able to feel sensations through the robotic device.

By remapping the nerves a spinal cord injury survivor lost, and then redirecting brain signals to the prosthetic arm, researchers were successfully able to establish a link between the brain and the prosthesis. Though these sorts of prosthetics aren't yet widely available, the FDA is currently reviewing them. If they prove safe and efficacious, they could eventually be available to the wider public.

Where the Research Is Today

Research into robotic prosthetic devices is at the cutting edge of science, with doctors and engineers all over the globe working to find a solution. In Australia, researchers successfully enabled injured people to control a bionic hand with their brain.

At Colorado's Craig Hospital, a hotbed of research on brain and spinal cord injuries, doctors use robotic devices to help patients regain function. The Tyromotion Amadeo assesses the range of hand motion, working with injured people to increase their range of motion and strength. The device adjusts itself to the individual capabilities and progress of each individual who uses it, making it a potentially cost-effective alternative or supplement to traditional physical therapy.

Robotic treatments for spinal cord injuries are still in their infancy. To be eligible to try such a device, you'll likely need to participate in a research program. Your doctor can let you know whether such a program exists in your area. If you live near a large research hospital such as Craig Hospital, you may be able to participate in ongoing research.

We don't yet know where science will be in just a few years. But a decade ago, no one thought it was possible to control a robotic arm with your mind. Now, the ability to do so seems almost mundane. All of this hammers home an important message: don't lose hope. Research is ongoing, and we eventually will find a way to treat spinal cord injuries of all varieties. 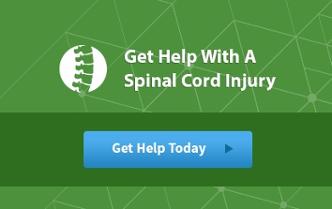 Fighting for your country is a noble, brave, and commendable action. But it goes without question that these courageous ... Spinal cord injuries are among the most physically and financially devastating medical conditions a person may experience. ...

A spinal cord injury (SCI) is a life-altering injury that throws many of the body’s physiological systems into chaos. Sensory ...