SCI Can Happen to Anyone: The Most Dangerous Sports to Cause Spinal Cord Injuries

Here is a list that shows the sports that most commonly caused paralysis created from statistical and observational data. 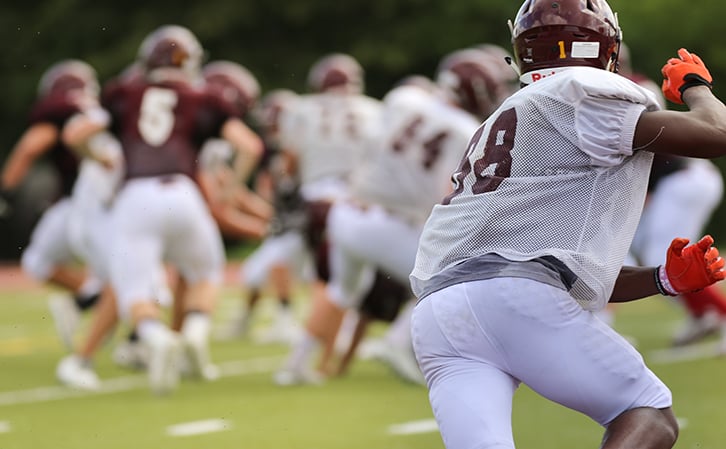 Since football became a popular sport in the American culture in the early 20th century, sadly thousands of people who have played the sport have suffered a spinal cord injury. Many famous players have become paralyzed such as Dennis Byrd and Eric LeGrand. 10-15% of all football players experience a cervical spine injury, not spinal cord injury. According to a 2016 study by the National Center for Catastrophic Sport Injury Research (NCCSIR), football has the highest number of direct and indirect injuries occurring in high school and college sports. Also, a lineman is at the highest risk category.

Gymnastics ranks as another top sport to cause paralysis, mainly from a gymnast falling awkwardly of falling from a height. Due to the speed and force of many of the moves, the spinal column is at a high risk of injury. There have been hundreds of famous gymnasts injured or killed while practicing or competing. According to The National Spinal Cord Injury Statistical Center, gymnastics account for .10% of 8.39% of the sports injuries that cause SCI. This statistic was taken from data between 2005-2015.

Even though the sport is not as popular in the US as it is in Australia, South Africa, and the United Kingdom, rugby is another sport that has caused thousands of spinal cord injuries since statistical data was taken. According to the Australian Spinal Cord Injury Register, between 1986 and 2003 quadriplegia occurred in 9 to 6% per 100,000 players. Due to the diving and tackling required to play, cervical injuries are the most common.

Hockey is a Winter sport that gets a lot of attention regarding spinal cord injuries, mainly because of its supportive community. Well-known injured players like Travis Roy and Jack Jablonski both went on the start foundations that search for a cure for paralysis. Checking is the main cause of injury in the sport. In the US, hockey accounts for .83% of 8.39% of sports injuries, according to The National Spinal Cord Injury Statistical Center.

Another dangerous Winter sport is snow skiing. According to The National Spinal Cord Injury Statistical Center, skiing accounts for .64% of 8.39% of sports injuries that cause paralysis. Death can sometimes sadly be the result of several spinal cord injuries caused by skiing. Additionally, according to the National Institutes of Health in 2007, skiing injuries are on the rise. Helmets suggested as preventive. Learn more. 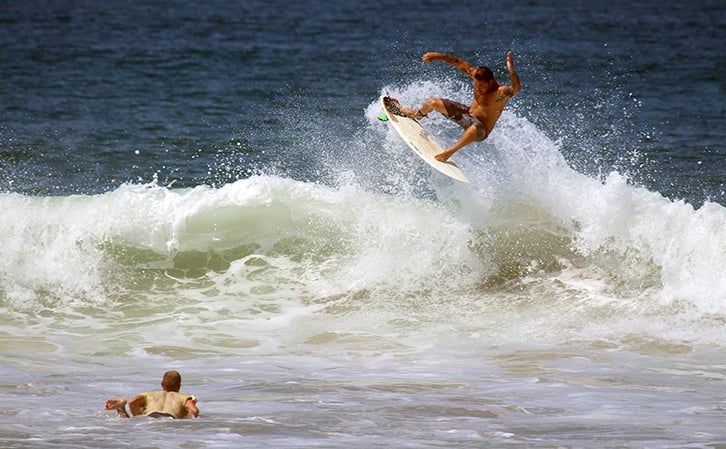 Surfing accounts for .71% of 8.39% of spinal cord injuries according to The National Spinal Cord Injury Statistical Center. This statistic includes body surfing injuries. The fast movement of the sport combined with the power of the waves makes this sport dangerous.

Several other sports cause spinal cord injuries we did not include in the list. Horseback riding, wrestling, hang-gliding, and rodeo injuries are other sports that commonly cause paralysis. Conclusion – many sports can cause paralysis. Always take heed whenever taking part in athletic activity, with special attention to the spine.