Lobes of the Brain

Doctors typically divide the lobes of the brain, or cerebrum, into four distinct regions:
the frontal, parietal, occipital, and temporal lobes.

See What They Can Do For You Our brains may be what make us who we are. As the seat of consciousness, the home to our memories, and the processing center for all of our experiences, the brain affects every second of our lives. Over time, experiences shape the structure and function of the brain, but one thing remains constant: all vertebrates have a cerebrum. This “new” part of the brain is a recent evolutionary development, with older structures such as the cerebellum and brain stem predating this complex organ.

Most scientists believe that conscious experience, including a sense of self, occurs in the cerebrum, which means that all animals with a cerebrum have the capacity for consciousness. The size of the brain’s lobes, the extent of their development, and numerous other factors--including social relationships--all affect the extent to which an animal is consciously aware.

Doctors typically divide the lobes of the brain, or cerebrum, into four distinct regions: the frontal, parietal, occipital, and temporal lobes lobes. Some researchers now also refer to the limbic lobe as a fifth lobe, though most textbooks do not label the limbic lobe as a separate region.

How the Lobes of the Brain Interact

The lobes of the brain are not separated from one another by bones or other barriers, and must constantly interact with one another to process and synthesize information. All of the lobes are either physically connected to one another, or connect via nerve signals, and researchers sometimes debate the precise point at which one lobe begins and another ends.

The brain is divided into left and right hemispheres, and each lobe crosses both hemispheres. Thus doctors and researchers sometimes refer to two distinct lobes—the left frontal lobe and right frontal lobe, for example. 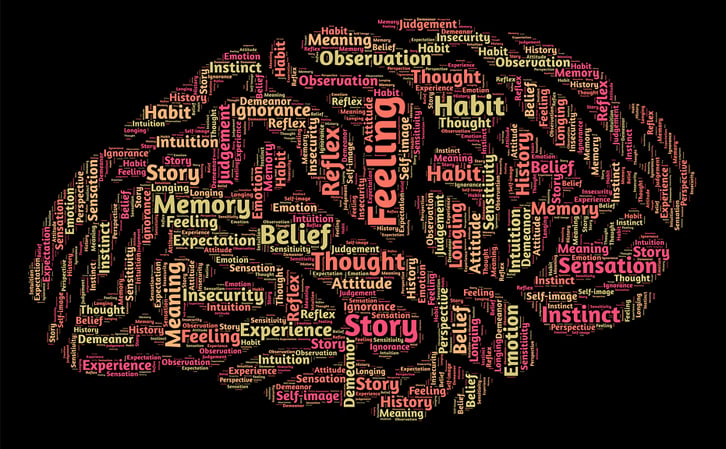 Doctors originally divided the brain into four separate regions for the sake of conveniently labeling anatomical functions. We now know that the lobes of the brain roughly correlate with a variety of functions. The temporal lobe, for instance, plays a key role in auditory processing, while the frontal lobe helps regulate attention and memory.

This doesn't mean that brain regions “control” these functions. Many functions overlap across brain regions, and the functioning of one region often depends on another. Moreover, some research suggests that when there is damage to one region of the brain, other regions may compensate, suggesting that the brain is highly malleable.

This all means that the brain is an unpredictable organ. Much remains to be understood, and our understanding of which brain regions do what changes with each new brain study.

Other functions of the frontal lobe include:

The frontal lobe is the largest lobe in healthy human brains.

Learn more about the frontal lobe.

Located above the occipital lobe and behind the frontal lobe, the parietal lobe plays a key role in sensory perception and integration, including spatial reasoning and your sense of your body's movement within the world. Without the parietal lobe, you would still take in sensory information from your eyes, ears, and other sensory organs. But you might not be able to understand the information, or assign meaning to it.

Other functions of the parietal lobe include:

The parietal lobe is the smallest lobe of the brain.

Learn more about the parietal lobe.

Most research suggests that visual processing is the most significant function of the occipital lobe. Each region of the lobe has a “map” of the visual world. These areas include:

Learn more about the occipital lobe.

Learn more about the temporal lobe.

The limbic lobe is a C-shaped structure deep within the cerebrum, surrounding the brain's thalamus. Though some textbooks refer to it as a distinct lobe of the brain, most doctors recognize it as a group of organs that intersects every area of the brain, with portions in the frontal, temporal, occipital, and parietal lobes.

The limbic lobe comprises the brain-based portion of the limbic system, an evolutionarily older part of the brain that drives instinct and unconscious emotions. The limbic system gathers information from the environment, produces chemical reactions, and sends signals to the brain that aid in the processing of emotions, storing memories, and establishing scripts for reacting to future stimuli. For example, children who grow up in an abusive environment may develop a lower threshold for anxiety, with the limbic system throwing the body more readily into a fight-or-flight response.

The limbic system contains a number of sub-organs, including the amygdala and hippocampus. It also directly interacts with the endocrine system, which means that emotional reactions that affect the limbic system may affect other body regions, such as the reproductive system. Some functions of the limbic lobe include:

Learn more about the limbic lobe.

Other Types of Injuries