The Occipital Lobe helps with visual processing and mapping. It is located under the parietal lobe and above the temporal lobe near the back of the brain. 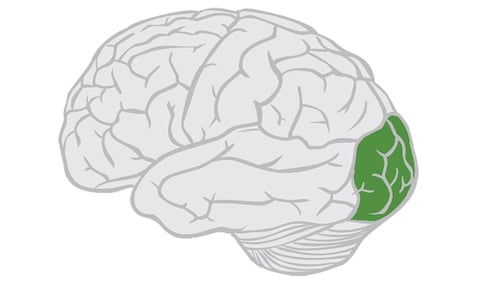 Where is the Occipital Lobe Located?

Understanding the occipital lobe requires a basic understanding of brain anatomy. The cerebral cortex of the brain—a part of the brain shared by all vertebrates—is the newest part of the brain, evolutionarily speaking. All mammalian brains have four distinct lobes, but the brain itself—as well as the lobes it contains—is divided into right and left hemispheres. This means that each lobe can actually be divided into two parts. The occipital lobe includes a right and left lobe that interact with one another, each controlling a range of visual functions.

The occipital lobe is the rearmost lobe of the brain, located in the forebrain. It rests upon the tentorium cerebelli, a thick membrane of tissue the separates the cerebrum from the evolutionarily older cerebellum.

What Does the Occipital Lobe Do?

Studying the brain is a difficult task, particularly since some areas compensate for others when the brain suffers damage. The brain's sensitive, dense, and complex nature means that researchers are constantly uncovering new structures within the brain, and new functions for each brain lobe. The occipital lobe is no exception to this rule.

Researchers once thought that the occipital lobe only controlled visual functions. But in recent years, they discovered that some portions of this lobe receive inputs from other brain regions. Specifically, a brain region called the dorsomedial stream receives input both from regions of the brain related to vision, and to areas that are not linked to visual processing. This suggests either that the occipital lobe may perform additional functions, or that researchers have not identified all regions of the brain associated with visual processing. 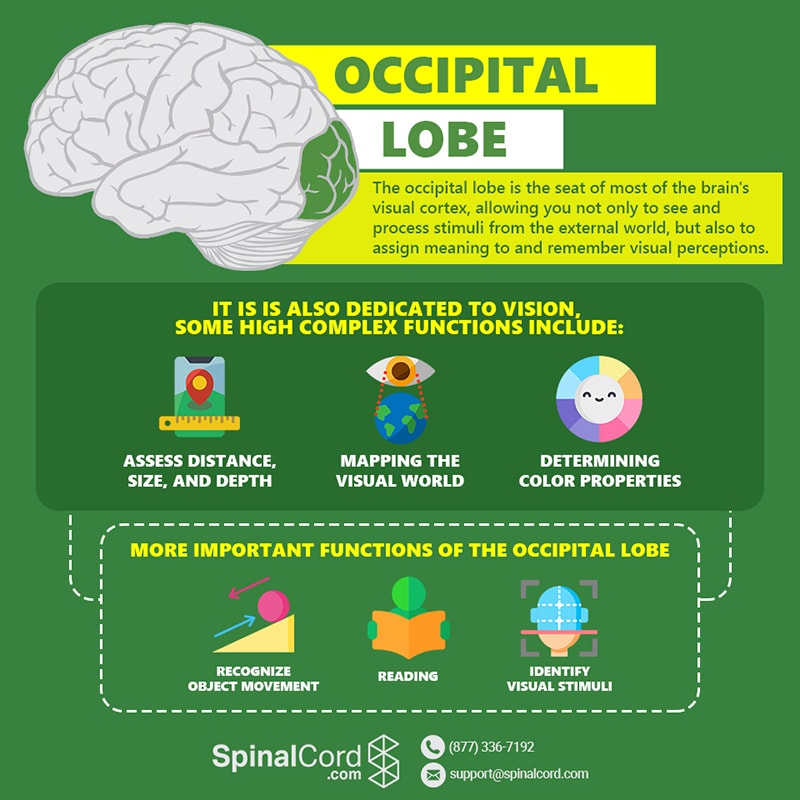 Although we know that the occipital lobe is dedicated to vision, this process is highly complex, and includes a number of separate functions. Those include:

What Are Some Important Structures in the Occipital Lobe?

Like all other lobes of the brain, the occipital lobe contains a number of structures and neuronal tracts that work together to enable vision. Those include:

Brain imaging studies have revealed that neurons on the back of the gray matter of the occipital lobe create an ongoing visual map of data taken in by the retinas. 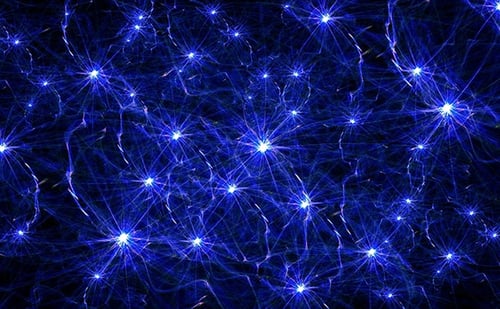 How Does the Occipital Lobe Interact With Other Areas of the Body?

What Happens if the Occipital Lobe is Damaged?