What Everyone Should Know about Quadriplegia/Tetraplegia

Quadriplegia, also known as tetraplegia, is a life-altering condition that results in a loss of control of both arms and both legs.

What Is Quadriplegia/What Is Tetraplegia? 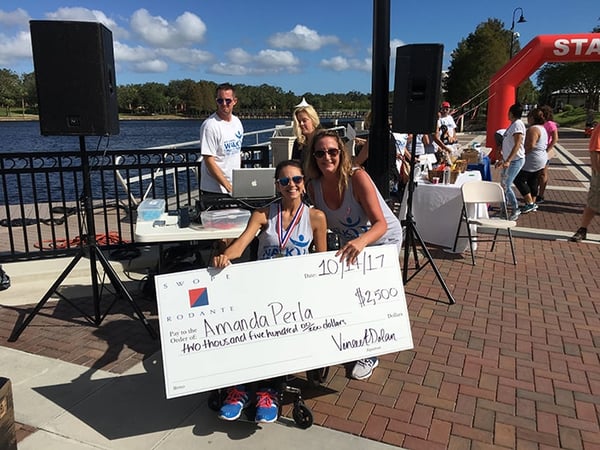 Quadriplegia, also known as tetraplegia, is a form of paralysis that affects all four limbs, plus the torso (“quad” originates from the Latin word for four). Most people with tetraplegia have significant paralysis below the neck, and many are completely unable to move.

This form of paralysis is typically the product of damage high in the spinal cord, usually in the cervical spine between C1-C7. The higher the injury is, the more extensive the damage will be. In fact, spinal cord injuries to the C1 and C2 vertebrae are often immediately fatal because of how they disrupt control over breathing and other critical functions.

You might think that total paralysis of the arms and legs requires damage to those limbs, but most quadriplegics have perfectly healthy (if somewhat atrophied) legs and arms. Instead, the problem usually begins in the brain or spinal cord (or both). The spinal cord is what relays signals to and from the brain, while the brain processes them and sends out new signals via the spinal cord. Thus a spinal cord injury prevents the brain from sending and receiving these signals, while a brain injury undermines the brain's ability to process them.

Think of it kind of like a computer: the CPU and motherboard would be the brain that receives and processes signals, while the cables connecting that motherboard to the keyboard, mouse, printer, monitor screen, etc. would be the nerves of the spinal cord that connect to the different parts of the body. If the cables get cut or even damaged slightly, the computer may not be able to work correctly. Meanwhile, damage to the CPU may cause much the same result.

The basic symptoms of quadriplegia include:

Trouble sitting upright (because of an inability to balance). 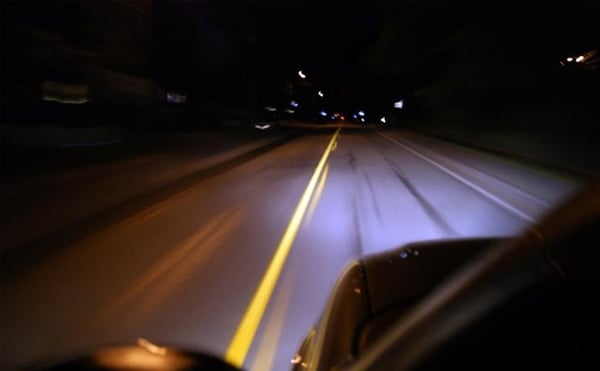 There are numerous potential causes of quadriplegia. As mentioned earlier most common known cause of quadriplegia is damage to the spinal cord—typically in the cervical vertebrae (the C1-C7 sections of the spine which are nearest to the skull). According to data from a 2019 National Spinal Cord Injury Statistical Center (NSCISC) report, the top causes of spinal cord injuries (SCIs) are:

Another potential cause of tetraplegia/quadriplegia is brain damage, such as from a traumatic brain injury (TBI). When damage occurs to the brain, it can cause many other unpredictable effects, such as changes in a person’s mood or ability to think.

Damage to the spinal column at the vertebrae nearest the skull (the C1, C2, and C3 vertebrae) is more likely to be fatal than damage lower on the spinal column. C1 and C2 injuries are considered particularly severe, as they are frequently fatal and may impede respiratory function.

In the case of a complete SCI, damage at this level is extremely likely to result in near-total paralysis and may require specialized devices to allow the injured person to breathe.

SCI survivors with damage to the C4 vertebra may experience:

Damage to the C5 vertebra may affect the vocal cords and result in paralysis to the legs, wrists, and hands.

While a person with a C5 spinal injury may have difficulty talking, they may still be able to breathe unassisted.

Damage to the C6 spinal cord and below is less likely to cause complete loss of the function of the arms. A person with a C6 injury may:

C7 damage rarely results in quadriplegia without other complicating factors. Instead, C7 SCI survivors may experience a burning pain in their shoulders, back, and arms and/or become paraplegic.

Inherited Conditions That Can Cause Quadriplegia

It is important to note that a risk factor is different from a cause in that it may not directly contribute to the development of a given condition. A risk factor may simply make it possible or easier for a condition (like quadriplegia) to develop or create circumstances that allow someone to suffer a quadriplegia-causing injury.

To highlight the difference between a cause and a risk factor, consider someone falling off a tall ladder. On impact, the faller breaks their cervical spine and loses feeling in their arms and legs—becoming quadriplegic. In this instance, the fall was the cause of the quadriplegia, but being on a tall ladder was the risk factor that most contributed to the fall.

Some risk factors that may contribute to the occurrence of SCIs and TBIs leading to the development of quadriplegia include:

By knowing the major risk factors for quadriplegia, a certain amount of quadriplegia prevention is possible. However, it is important to note that not all risks can be avoided perfectly. It is possible for anyone to have a slip and fall, inherit a congenital disease, or be subjected to a random act of violence that leads to quadriplegia.

Some basic steps for minimizing quadriplegia risk factors include:

Many people think that all quadriplegics are the same—that none of them are able to move their arms and legs at all. However, there are several types of quadriplegia—including incomplete, complete, and spastic quadriplegia that have some key differences.

An “incomplete quadriplegic” is different from a complete paraplegic in that they may still retain some function and/or sensation in their arms or legs. This may be the case with incomplete or "partial" SCI, some TBIs, and some inherited conditions that cause quadriplegia.

Complete quadriplegia is characterized by a complete loss of control over the arms and legs. This is a near-total form of paralysis where a person is wholly unable to move their extremities aside from their head.

Spasticity (or spastic hypertonia) is a common side effect of spinal cord and brain injuries caused by trauma or disease. A spastic quadriplegic is someone who, though they can not consciously control their arms or legs, may experience muscle spasms in their paralyzed limbs.

Quadriplegics experiencing spastic hypertonia may experience hyperactive reflexes or involuntary muscle tightness that makes it hard to move into a relaxed posture.

Spasticity may be caused by cysts in the spinal cord that formed after an SCI, infections of the nervous system, or other blockages—which is why it is important to have a qualified doctor diagnose the cause of the quadriplegia and recommend an appropriate therapy regimen. 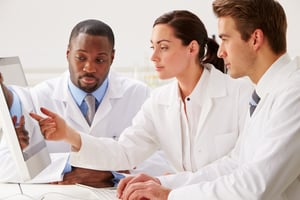 Many people wonder about “how to diagnose quadriplegia.” While some may assume that it is easy to tell if you have developed quadriplegia because of the loss of limb function, with some conditions that lead to quadriplegia, it is not that clear-cut. Being able to diagnose it early can help expand your therapy options and improve your overall prognosis by treating contributing factors early.

Doctors may use several methods to diagnose different causes of quadriplegia, such as:

Living with quadriplegia can be an enormous challenge that requires both the quadriplegic and those around them to make significant adjustments to their lifestyle.

Without control over their arms and legs, quadriplegics are often reliant on assistants for getting around, going to the bathroom, eating, and every other daily activity. Some motorized wheelchairs can allow quadriplegics to control them with head motions, but it may take some adjustment to get used to it.

Quadriplegics will experience significant changes in their daily activities and even their life expectancy as a result of their condition.

If the SCI causes that person to become ventilator dependent (meaning they need a respirator to breathe), their average life expectancy drops to just 19.5 years.

Of course, not all quadriplegics are the same. It is possible to, with effort, maintain a healthy lifestyle with quadriplegia that helps prolong life expectancy. It is also possible be active and even achieve great things while living with quadriplegia.

Take, for example, Stephen Hawking, who suffered from ALS and was confined to a wheelchair and even lost the ability to speak unaided (though he retained some limited hand function). Despite his worsening condition, he still achieved worldwide renown as a famous physicist and remained an active contributor to the scientific community until his death at the age of 76.

Aside from the direct symptoms of quadriplegia mentioned earlier, quadriplegics may experience several other effects caused by the condition. Some common effects of tetraplegia/quadriplegia include:

Exercises for quadriplegics can be useful for reducing the occurrence of sores, limiting muscular atrophy from inactivity, and relieving pain from spastic muscles. It can also help to promote cardiovascular health and mental wellbeing.

However, exercise is inherently difficult for people who cannot move their arms or legs on their own.

Here, it can help to go to an activity-based therapy center where trainers can recommend reliable exercises or help paralyzed patients move their uncontrollable limbs. Aside from exercises done at the center, some therapists may be able to suggest lifestyle changes that may be important for your health and wellness.

Though some quadriplegics experience significant improvements in their symptoms, quadriplegia is not typically curable with treatment. This means that no surgical procedure, drug, or form of therapy can guarantee a return of function in the arms and legs, and few quadriplegics will ever regain full control of their limbs.

Instead, the goals of quadriplegia therapies include improving the long-term prognosis, reducing immediate threats to the quadriplegic’s life and health, and “teaching” the brain and spinal cord how to work around the injury. Some therapy options include:

Nobody should go through the changes brought by quadriplegia alone. Support from friends and family can be a crucial tool for quadriplegics to keep them going. However, sometimes it helps to find support from someone who understands exactly what you are going through because they have been there themselves.

To that end, finding quadriplegia and SCI/TBI support groups can be an important part of recovering from quadriplegia.

Many of the people in these support groups have experience in adapting to different forms of paralysis and may be able to provide insights and advice that is more personal and practical than simple health advice from your doctor.

Additionally, support groups can be invaluable for airing out personal frustrations or challenges in a place where people will understand what you are feeling and why.