The parietal lobe receives and manages sensory input and is located just under the parietal bone of the skull.

Neuroscientists have long divided the brain into four distinct lobes. Originally this division was based solely on the location of the lobes within the skull, but we now know that each lobe carries out a number of highly specialized functions. The parietal lobe is located just under the parietal bone of the skull. This important brain lobe helps integrate sensory input and process language. 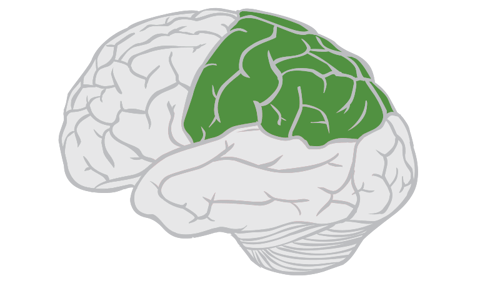 Where is the Parietal Lobe Located?

The brain is divided into a number of regions, but the area most humans refer to when they discuss the brain is the cerebral cortex, or cerebrum. This evolutionarily new region of the brain is present in all mammals, and is what allows complex thoughts rather than just automatic and unconscious processes.

Neuroscientists divide the cerebrum into four distinct lobes: parietal, frontal, temporal, and occipital. Because the brain is also divided into right and left hemispheres, each lobe has two separate regions. Thus the parietal lobe can be further divided into the left and right parietal lobes.

The parietal lobe rests near the top and center of the cerebral cortex, just behind the frontal lobe and above the occipital and temporal lobes. The parieto-occipito sulcus separates it from the frontal lobe, while the lateral sulcus—sometimes referred to as the Sylvian fissure—separates it from the temporal lobe. The parietal lobe's two hemispheres are divided by the medial longitudinal fissure.

What is the Function of the Parietal Lobe?

Some of the other functions of the parietal lobe include:

Like all other regions of the brain, the parietal lobe is not fully understood. Researchers are consistently making new findings about how this brain region works, and it is unlikely that we have identified all of its functions.

What Are Some Important Structures in the Parietal Lobe?

In addition to being divided into left and right hemispheres, the parietal lobe has a number of distinct structures, each with its own unique contribution to brain functioning. Those structures include:

How Does the Parietal Lobe Interact With Other Areas of the Body? 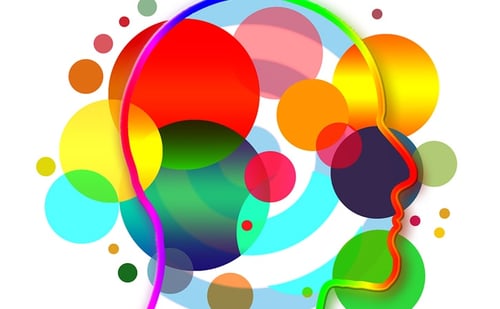 It is a myth that any single brain region controls any function. Rather, each region of the brain works in conjunction with the body. Without the environment, the brain could do little or nothing, and the parietal lobe is no exception. Its role in sensory processing means that the parietal lobe depends on a cascade of sensory input from all over the body, including the eyes, hands, tongue, and skin. These disparate regions cannot function without the input of the parietal lobe, which assigns meaning to the sensory input you encounter each day.

Though each brain region has a specific set of functions, many of these functions are interchangeable and cross brain regions. Every brain region, for instance, is vital for language processing. Some research has also found that, when there is damage to one region of the brain, nearby regions may compensate, particularly if an injured person receives immediate and comprehensive occupational and physical therapy.

How Does Damage to the Parietal Lobe Affect Functioning?

Quality medical care is incredibly important, particularly when that care includes comprehensive physical, occupational, and speech therapy. Appropriate treatment can help your brain learn to work around the injuries, and may even aid other brain regions to compensate for those injuries. Your age, nutritional status, overall health at the time of the injury, and commitment to a healthy lifestyle are also important. A healthy person who continues exercising and trying novel strategies is much more likely to recover than someone with ongoing cardiovascular problems who is unwilling to try new strategies or embrace lifestyle remedies.