The Increased Risk of Dementia After a Traumatic Brain Injury Dementia is a common condition among the elderly which is associated with the decline in the abilities of the brain. This includes problems with language, memory loss, and various other cognitive difficulties. Social situations and emotions can become increasingly challenging for those with dementia and often their independence declines.

This article will explore the impacts of traumatic brain injury and, more specifically, the impact it has on an individual’s likelihood of developing dementia later in life.

What happens to the brain when it becomes damaged from a traumatic brain injury?

There are many effects of a traumatic brain injury (TBI) on the brain, the most widely recognized of which is a coma - when nerve fibres deep in the brain become damaged and fail to keep an individual awake. In this situation, the brain lacks function and particular parts become damaged, impairing an individual’s movement, limb power, and speech.

These effects are not always physical, however, as some present as changes in mental abilities such as personality, memory, cognitive thought, in addition to behavioural problems. These are often similar to the changes you may see in an individual with dementia.

Risk of dementia from a traumatic brain injury

Research has shown that individuals who have suffered repetitive head traumas, such as veterans or sportsmen, may be at higher risk of developing dementia further along the line.

Depending on which part of the brain was damaged, this prolonged exposure to situations in which head injuries may occur can cause common dementia symptoms such as:

The onset of dementia may happen suddenly, or many years after the trauma happened.

Risk of Alzheimer’s from a traumatic brain injury

TBIs are categorized in regards to their severity, from mild, to moderate, to severe. According to Alzheimer's Association, research has provided a link between moderate to severe traumatic brain injury and a greater risk of developing some form of dementia years after the injury. Other findings suggested that older adults with moderate TBIs had 2.3 times greater risk of developing Alzheimer's than those with no history of head injury; and those with history of severe TBI had a 4.5 times higher risk.

Alzheimer’s expert Deborah Barnes suggests that the trauma could be just one of many factors that result in a person’s decline in cognitive function after an instance of physical brain damage.

Many past studies have shown a positive correlation between those who had experienced TBIs and the increased chance of developing dementia, however, this was not always the case, as pointed out by Dr. Raquel C Gardner of the University of California to Medical News Today. She said that although studies report positive associations between TBI and dementia, there is still too much variability in the data, as a result of differences in severity of the injury, age of the patients, and length of follow-up time after treatment.

Do you have additional questions about the impact of a traumatic brain injury on your life or that of a loved one? Click the button below to speak with a recovery coach about your injury and they will provide you with free educational resources to aid you along your journey. 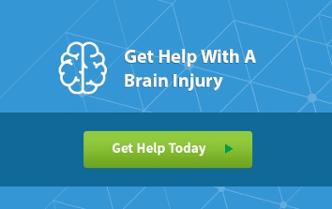