Trapped and Afraid: People with Disabilities in the Ukraine War 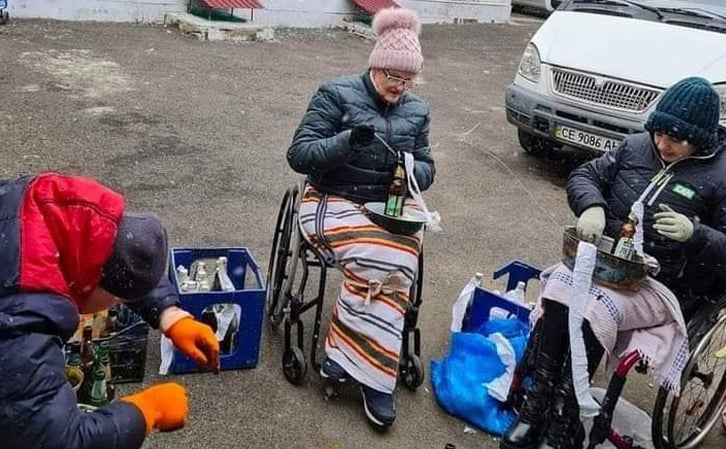 From public trains not being accessible to shelters also not being accessible, those with disabilities, especially those with spinal cord injuries and other neurological impairments that require the use of a wheelchair, are in a particularly difficult situation. War, and the evacuation process, are woefully un-wheelchair friendly.

Although knowing the risks, they have opted to stay because they believe it is safer for their children's lives. The long lines, the checkpoints, the crowded trains, and once arriving in a foreign country, finding an accessible place to stay temporarily, and ultimately long term, is just too much for many people to risk.

Those with high-level spinal cord injuries, that require the use of a respirator, are in a particularly scary situation. With a lack of power in most cities across Ukraine, many people are having to make do without power. For those who need respirators, and others with disabilities, there is an organization however that exists to help them evacuate since living with electricity for these people is simply out of the question. This is also the case for anyone who needs refrigerated medicine.

There have been reports of Russian airstrikes on disability hospitals. In particular, an airstrike hit the second floor of the mental health ward. There have been few reports on the status of these institutions. There are thousands of Ukrainians with disabilities living in these institutions, and many have run out of fuel in order to heat the buildings, as well as food, water, medical supplies, and medicine.

5000 Ukrainian children from orphanages, 10% of who have disabilities, were however safely evacuated. The fact remains however that there are many, thousands upon thousands of stories that have yet to be told of how people with disabilities are faring the country. For those who have remained, they are also doing their part to help with the war effort. They are doing a variety of things such as cooking meals, sewing clothing for soldiers, searching for ammunition, making Molotov cocktails, and housing anyone who needs a place to stay.

There is hope however for those who have decided to remain. If Ukraine loses the war, and Russia takes over these cities, people with disabilities are protected legally under Article 11 of the United Nations Convention on the Rights of Persons with Disabilities, ratified by both Russia and Ukraine, as well as the UN. This article ensures equal protection and safety for all persons with disabilities during wartime and their access to timely and unimpeded humanitarian assistance.

The question remains — will Russia hold true to Article 11?