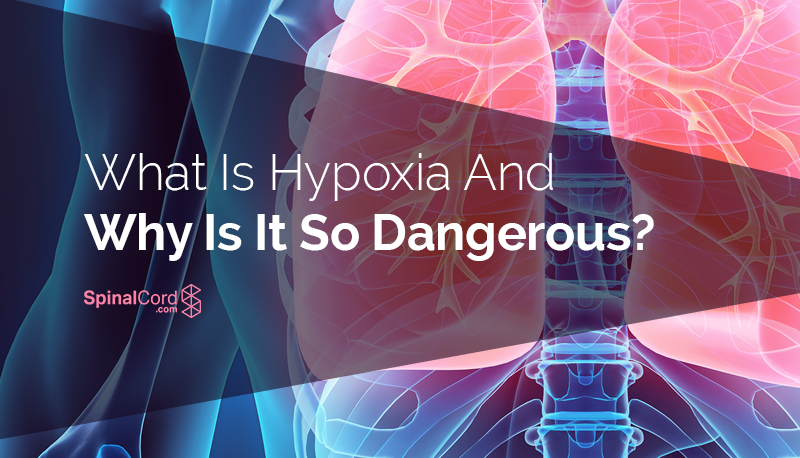 The brain depends on oxygen to perform even the most basic functions. Without it, the brain quickly ceases to function. And if oxygen deprivation continues, death or permanent brain damage take just a few minutes. Hypoxia is the deprivation of oxygen to the brain, and is one of the deadliest injuries. Even people who survive hypoxia may experience lifelong aftereffects.

The brain depends on the blood to provide it with a constant supply of oxygen. Thus disruptions to any part of the body that plays a role in blood or oxygen supply can lead to hypoxia. The four primary causes of hypoxia are:

Numerous illnesses and injuries can cause hypoxia. Those include:

How Long Can a Person Survive Oxygen Deprivation?

Deep sea divers, people who practice certain forms of meditation, and a handful of other exceptions to the rule may be able to go longer periods than average without oxygen. For the average person, oxygen deprivation poses an imminent threat. 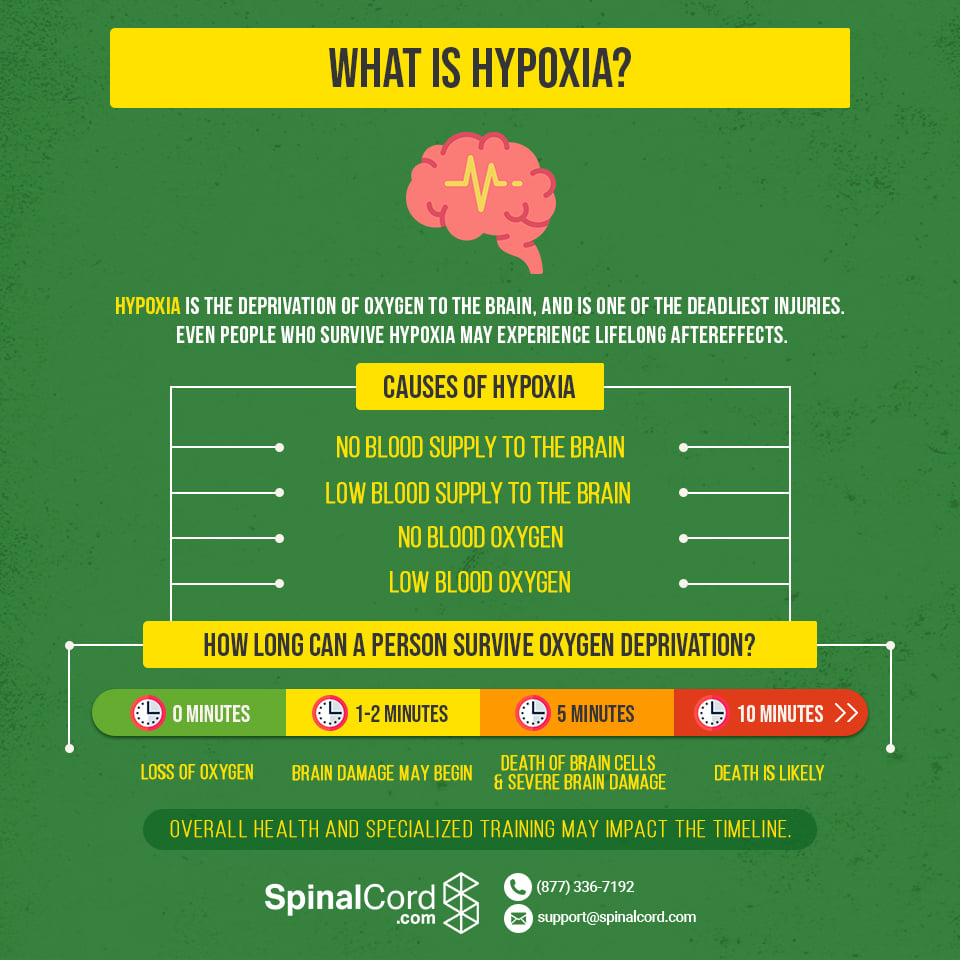 People experiencing hypoxia may feel like they can’t breathe, struggle to catch their breath or experience a rapid heart rate as the heart beats faster to attempt to supply the brain with blood. Less severe oxygen deprivation can cause symptoms that are subtler and more gradual. Moreover, some oxygen deprivation victims lose the ability to talk, and infants and children may not recognize or understand the signs of oxygen deprivation.

Symptoms of oxygen deprivation include:

How to Treat Hypoxia

Hypoxia demands emergency treatment. Don’t try to treat it at home or wait and see what happens. Even suspected hypoxia requires a call to 911, and an emergency room visit. As you wait for help to arrive, a technique called The Dobkin Technique may slow brain damage. It can even save the person’s life. To use Dobkin, place ice cold water or a cold compress on the face and eyes of the hypoxia victim. The compress must be below 58 degrees, and must remain on the victim’s face until help arrives, or unless a medical professional tells you to do otherwise.

In the immediate aftermath of hypoxia, medical professionals focus on providing oxygen and addressing the cause of hypoxia. For example, a stroke victim may need surgery or medication to clear a blood vessel blockage.

After oxygen is restored to the brain, the prognosis varies. Longer periods of oxygen deprivation, particularly in babies, young children, and seniors, typically produce more damage. There is no single treatment that can cure or reverse brain damage. Doctors also don’t fully understand brain damage, so it's impossible to make reliable predictions. Some people recover fully. Others never do.

A number of strategies can support recovery. Those include:

When hypoxia is the result of someone else’s negligence, a lawsuit can aid recovery by providing funds for high-quality medical care. Suing also hopefully prevents what happens to you or your loved one never again happens to another person. It’s not greedy. It’s your right to seek justice.