Brain bleeding, which is alternatively known as brain hemorrhage, denotes a kind of stroke that results from the bursting of arteries in the brain. The burst of the arteries leads to localized bleeding in the tissues around the brain and the bleeding could cause the damage to brain cells.

The Basics about Brain Bleeds / Hemorrhages 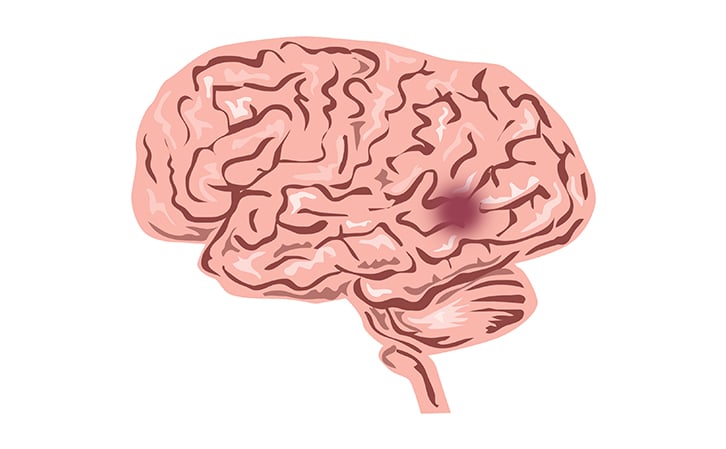 Brain bleeding primarily results from the irritation of brain tissues, which leads to swelling or cerebral palsy. The swelling increases pressure on arteries causing them to burst and create hematomas that prevent blood flow to the affected brain parts, thus damaging or killing the brain cells. Causes may include, but or not limited to:

How is Bleeding in the Brain Treated?

Treatment of brain bleeds starts with a careful analysis of the brain through various imaging tests to determine the locations of internal bleeding. Apart from the MRI and CT Scans, which reveal the position of the bleeding, a neurological examinations may be performed to determine if there is any swelling in the optic nerves. Treatments will vary by extent, cause, and location of the hemorrhage. Some diagnoses will require surgery to stop bleeding and to alleviate swelling. Others will require medications such as anticonvulsants that control seizures, diuretics that reduce swelling, and corticosteroids and painkillers.

How Does a Brain Bleed Affect A Patient?

As mentioned previously, in the worst cases of brain bleeding, the result could be death. This is of course dependent on the severity of the bleed. Minor bleeding may not cause any significant or visible health challenges, and may not affect the lifespan of the individual. Where the bleed is located within the brain, as well as when it is detected and subsequently treated, may be determining factors of survival.

Not all brain bleeds result in death. In fact, death is generally caused by the most extreme cases. Most patients can survive if treatment is sought in due time. How well an affected person responds to brain bleeds is determined by the size of the severity of the bleeding, its location, and the amount of swelling that result from the bleeding. Some patients recover fully after the bleeding if proper treatment is provided, but others survive with various complications.

Possible complications that the patients could endure include loss of brain function, stroke, and adverse reactions to medications. Sadly, death is also still a possibility even after treatment, but the sooner you seek treatment, your odds greatly improve. Bottom line, if you have any of the symptoms listed earlier in this piece, or if you have recently suffered a traumatic injury to the head, don't wait. Seek treatment as soon as possible. It could save your life.