What is Tardive Dyskinesia?

Dyskinesia is a catch-all term for a collection of movement disorders. The “tardive” refers to the slow onset of the movements. Tardive dyskinesia often starts with subtle variations in movement, steadily progressing to more and more uncontrolled movements. The onset may also be delayed from the initial injury that caused it.

Tardive dyskinesia is a neurological, not muscular or skeletal, problem. The problem is in the brain, which makes the problem difficult to treat, and can delay diagnosis. Doctors must often rule out other potential causes, such as Parkinson's disease, before diagnosing a patient with tardive dyskinesia.

What Are the Symptoms of Tardive Dyskinesia?

Symptoms tend to get worse over time, and may begin to involve the hands, feet, arms, legs, and even the torso. Doctors can differentiate tardive dyskinesia from other movement disorders by taking a detailed medical history, observing the movements, exploring potential causes of the variations in movement, and testing the muscles themselves.

Doctors aren't sure what causes tardive dyskinesia, but research suggests that changes in the way the brain processes dopamine likely play a role. Dopamine is a neurotransmitter—a chemical that helps carry a nerve signal across a synapse—that plays a role in motivation, reward, movement, and coordination. When certain nerve cells become highly sensitized to dopamine, tardive dyskinesia may be the result.

This dopamine hyper-sensitivity does not typically happen on its own. A number of risk factors make patients more vulnerable. While not all patients with these risk factors develop tardive dyskinesia, it is extremely rare for someone without any risk factors to develop the syndrome:

How is Tardive Dyskinesia Treated?

Tardive dyskinesia is notoriously difficult to treat. Oftentimes a treatment works for a brief while, then ceases to function well. When symptoms are the result of medication, stopping the medication as soon as symptoms begin may reverse them, or at least prevent them from getting worse. When the cause is unclear or medication cannot be stopped, injections with botulinum toxin may help. Better known as Botox, these injections temporarily paralyze small segments of muscles, reducing or eliminating uncontrolled movements. 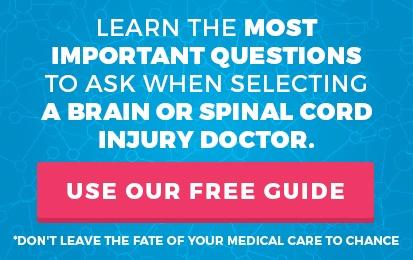